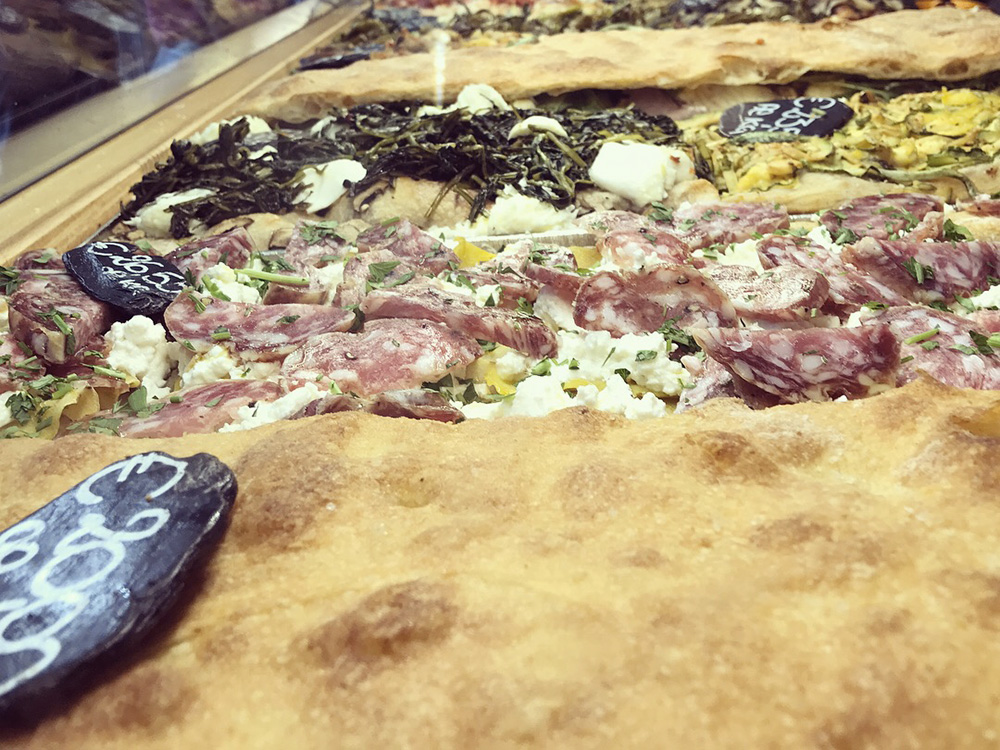 Today is National Pizza Day, so what better excuse could I have to discuss pizza?  One of my favorite things to eat, bar none, the topic of pizza is more complex than you would think.

The word pizza originated in Gaeta in 997 AD and probably referred to a focaccia-like flat bread. The actual first pizza (as we know it today) originated in the poor neighborhoods of Naples in the late 18th century, when tomatoes from the New World were first added to flatbread.

The two most traditional types of pizza in Naples were the marinara and the margherita. The marinara has only tomato sauce, olive oil, garlic and oregano as toppings. The name refers to the wife of a seamen (a marinara) and the pizza she used to make when her husband returned from the sea. The margherita has tomato sauce, mozzarella and fresh basil. The legend behind the name is that it was Queen Margherita of Savoy’s favorite pizza because it had all the colors of the Italian flag on it.

Today there are as many variations of pizza toppings as the imagination can conjure, from seafood to tropical fruit to even pasta!

And today there are other dilemmas related to pizza as well. Thin crust or thick crust? With sauce or without sauce? Traditional toppings or crazy combinations? With a fork and knife or folded with your hands? The choices to these options create an endless array of outcomes, many of which reflect where you grew up.

Regardless of how you enjoy your pizza, though, the best place to eat pizza is still in Italy. And at least once in your life you should eat a genuine traditional pizza in Naples. Maybe you should start planning your next trip? What will your favorite pizza be?